A multi-console, multi-game arcade cabinet I designed and built.

I'm not sure why, but one day I got the inkling to build my own arcade cabinet. The first thing I did was make this mock-up in SketchUp: I ordered some arcade buttons and started wiring them up to test:

I found a button configuration I liked online and cut it into a piece of cardboard to try it out: 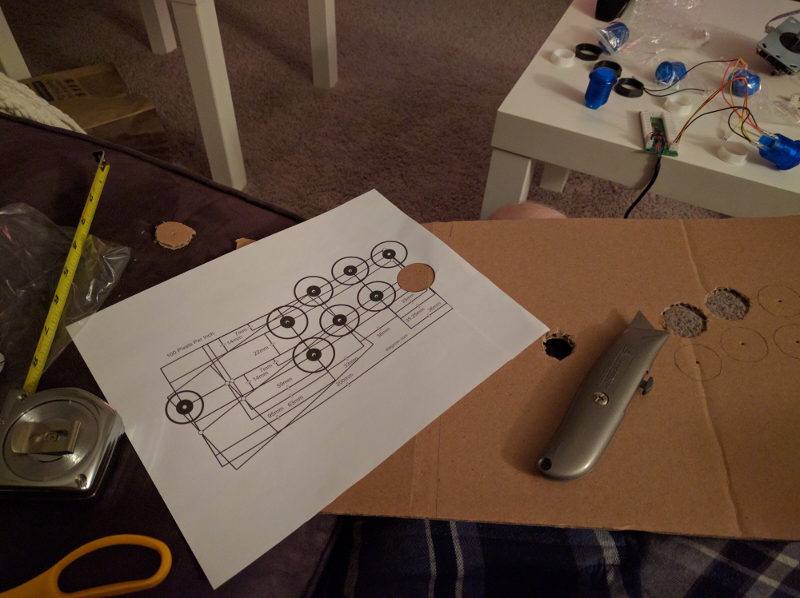 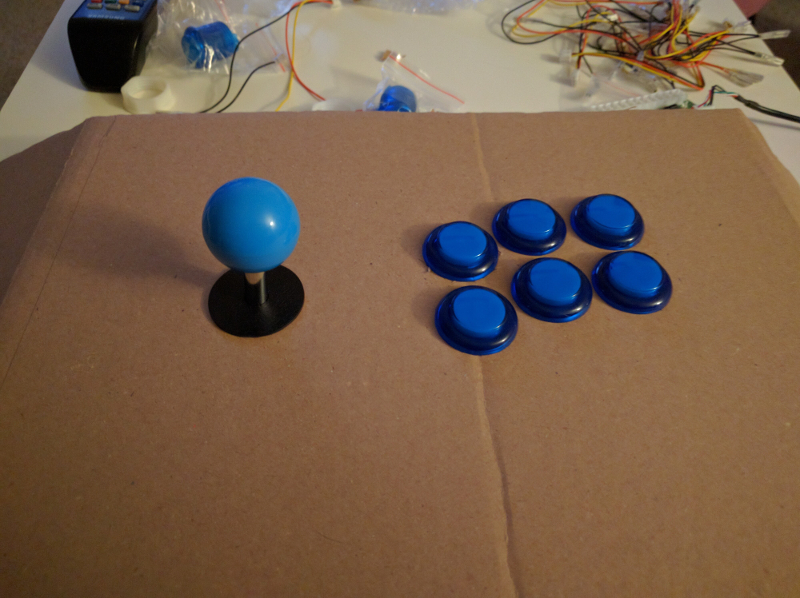 Next up was a long weekend of cutting out the wood pieces. Here is a completed side panel: 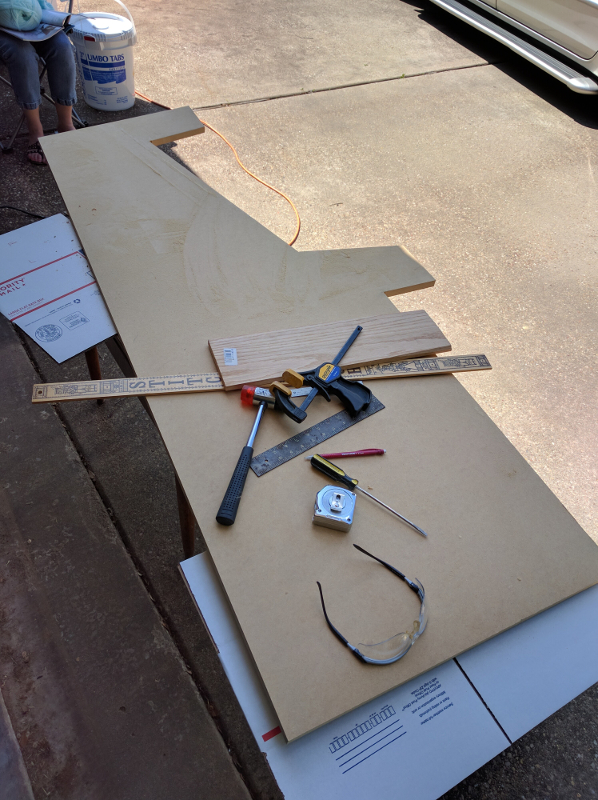 There was a lull for a couple of weeks where I couldn't work on anything, so I got impatient and made a scale model of the cabinet out of cardboard: 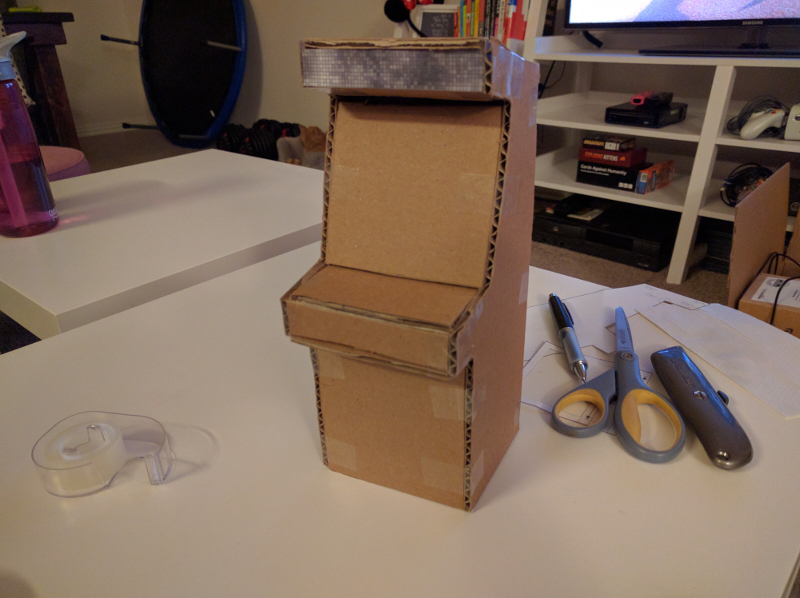 I ordered some programmable LEDs from Adafruit, and a marquee from a local print shop. Here's what the marquee looks like all lit up!

After another long weekend making cuts and assembling with my family's help, it really started to look like an arcade cabinet! We installed some 2" casters I bought as well, which made the thing a breeze to move around, besides being pretty heavy. 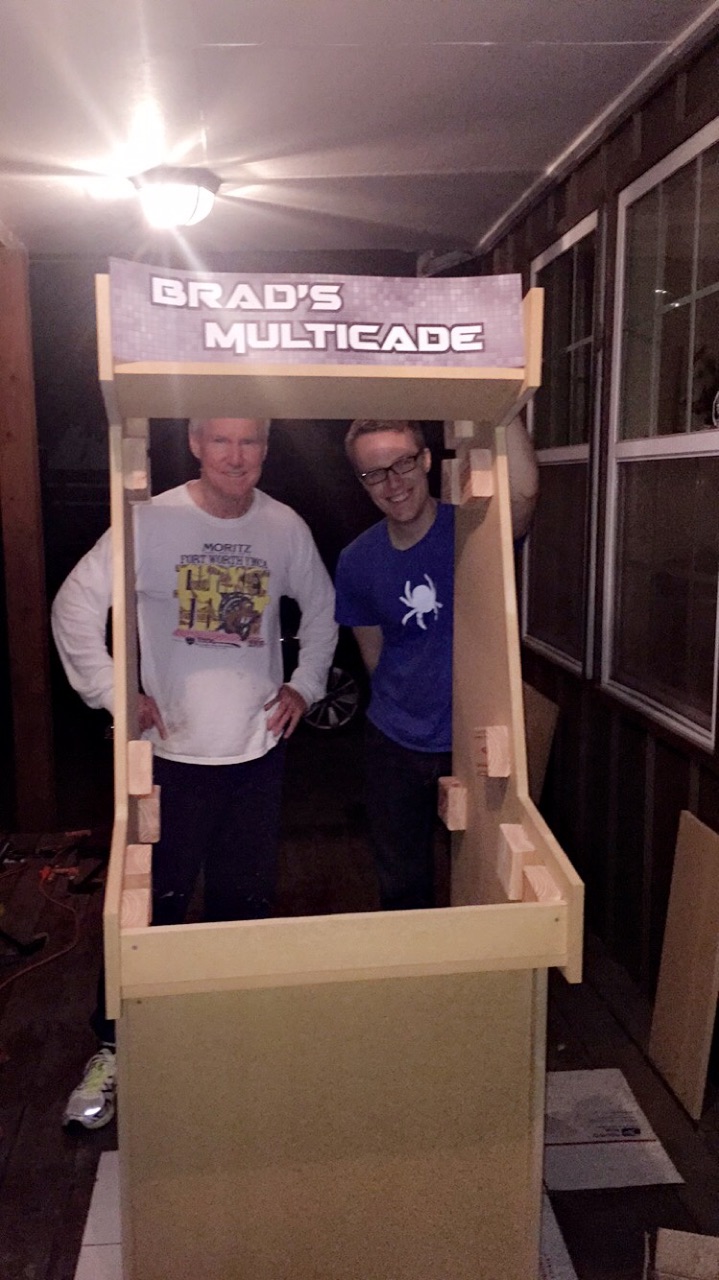 Once I put the buttons in it was actually playable! 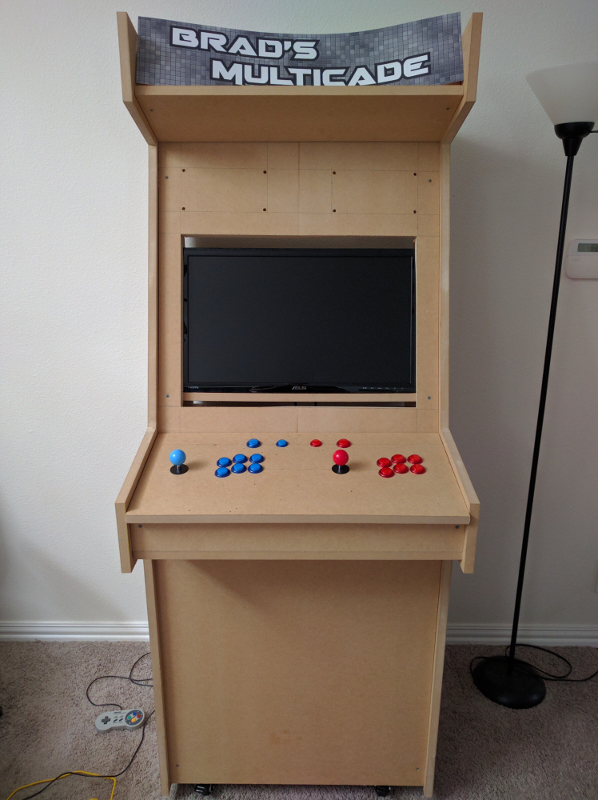 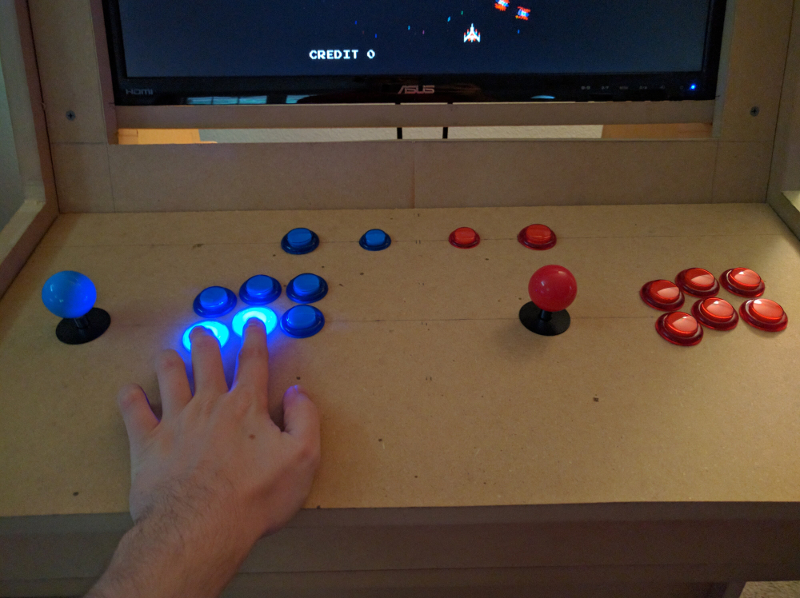 One of the last steps was a marathon of painting. I started with an oil-based paint, but that was just a terrible experience. It took forever to dry, and was impossible to get off of anything it accidentally got on. Switching to water-based was SO much better. I decided to spring for a coin door because I thought that would be a really neat touch. 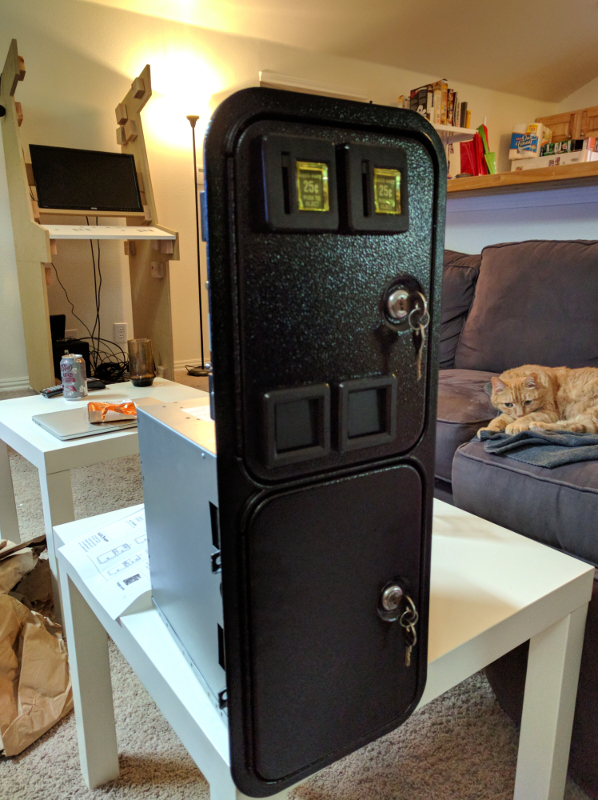 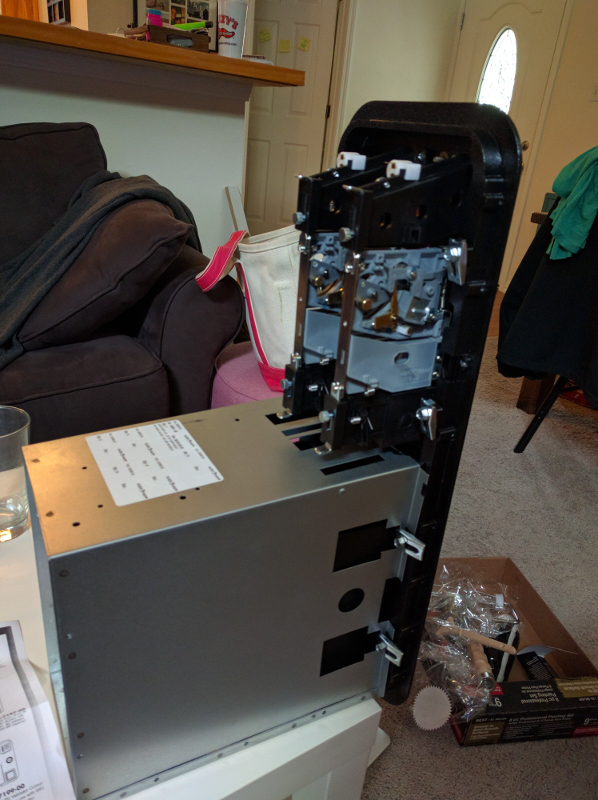 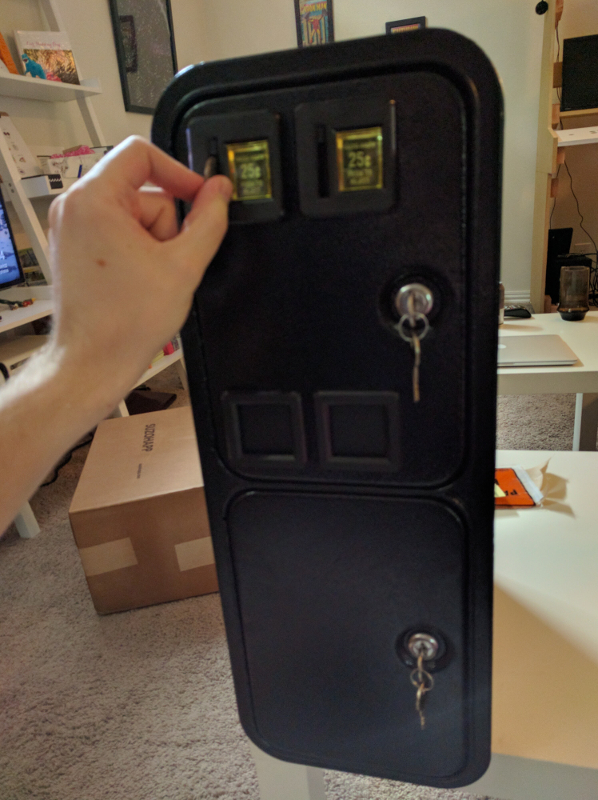 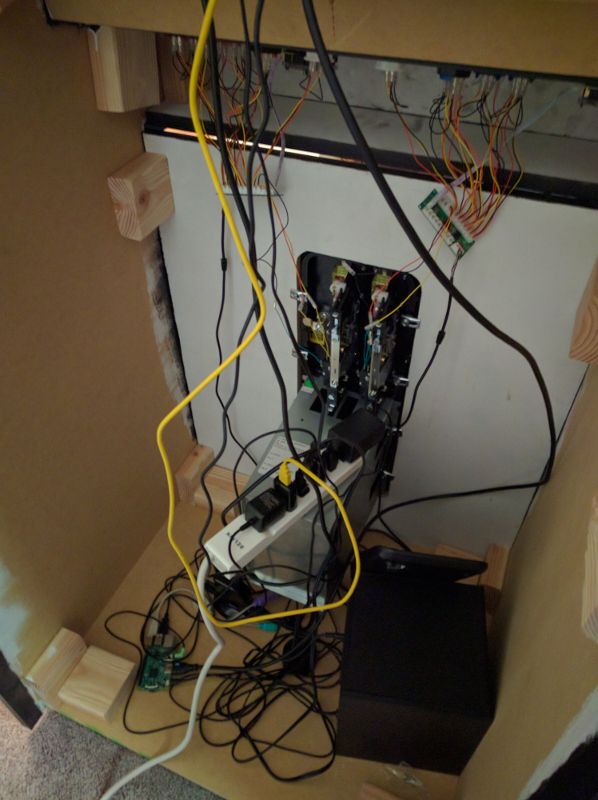 And here's the nearly complete product! 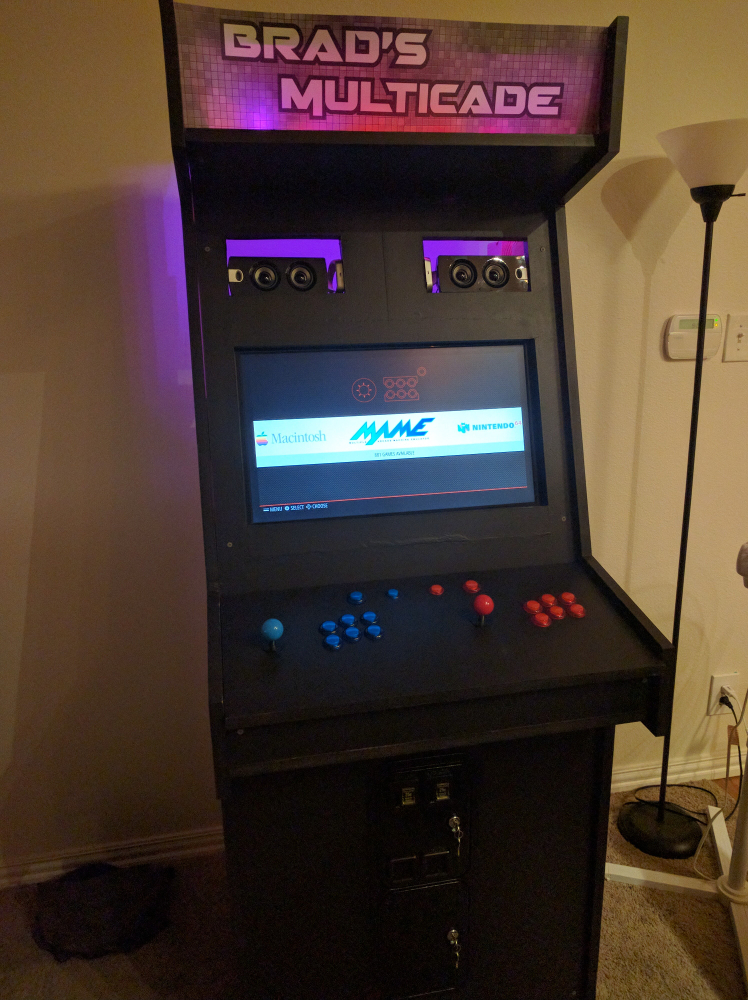 Since that picture I've put some black burlap mesh over the speakers. I still need to install some white t-molding along the edges, touch up the paint in a few places, install the marquee properly, power the lights behind the coin door's reject buttons, and a few other finishing cosmetic touches.